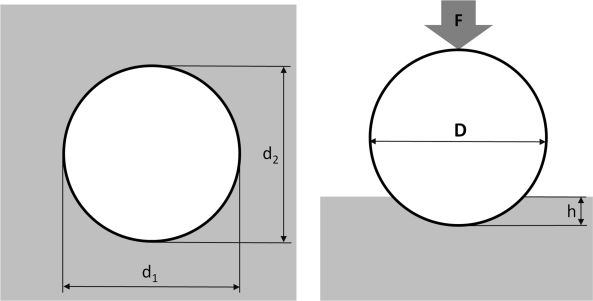 Principle
A cemented carbide ball with diameter D is vertically pressed into the specimen with the test load F. Steel balls are no longer allowed in the current standard. After releasing the load the mean diameter d of the residual impression is measured and the surface area A is calculated. The Brinell hardness is the load divided by this area.

The factor 0.102 arises from the conversion of the old unit Kilopond [kp] to the SI-unit Newton [N].

Conditions
History
The hardness test according to Brinell has for the first time ever been introduced at the World Fair in Paris in 1900, where the Eiffel Tower has been built up as one of the most significant metallic structures.