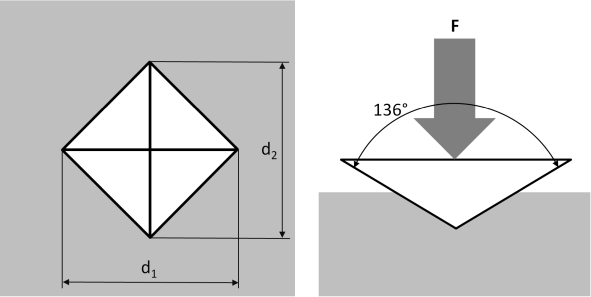 Principle
Vertical indentation with a quadratic diamond pyramid. Measurement of the indentation diagonals d1 and d2.

History
Vickers method has been developed by Smith and Sandland in 1925.
The decisive motivation came from flattening the Brinell steel ball, with which tests could be made up to a hardness of 450 HBS.